In the video game world, my love is basically divided among three subjects: Nintendo, Halo, and Bungie. (OK, there is a sliver for Kingdom Hearts and LEGO games –and the Batman Arkham series– but you get the point.)

It seemed appropriate that in celebration of Bungie Day, I would decide to craft something. 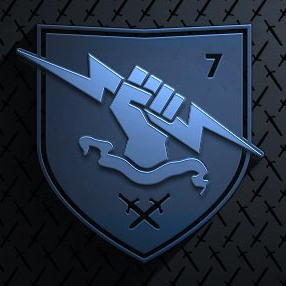 “Something” being the Bungie crest that communicates its power as our future overlord with the swords and the barehanded grip of a lightning bolt.

(Thor holds no power over them.)

I was tempted to use the image straight from their Twitter avatar. But then I remembered rule number one I learned from last year’s failed Bungie Day craft.

I went the begging route and dropped DeeJ an email asking for the image.

No craft this year.

I, of course, am kidding. He sent me the file with nary a raised eyebrow and I was set.

Originally wanted to do some kind of blackwork the incorporated the various logos of Bungie’s past (and present) games, but some of the logos (Oni and Marathon, in particular) were not going to translate well into AIDA cloth. 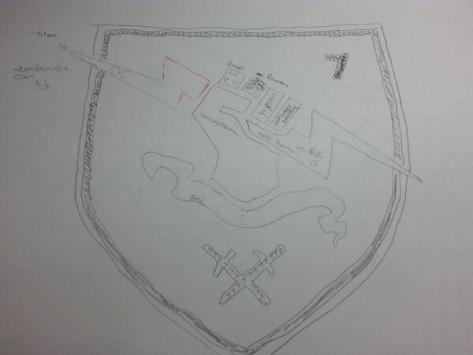 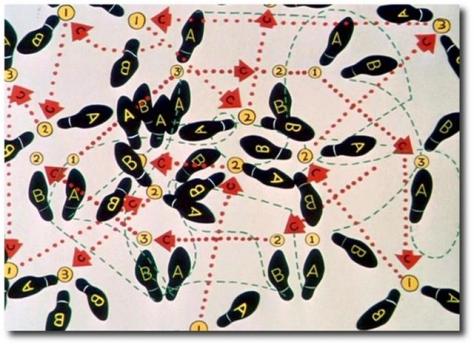 So, I ditched that idea and embraced the KISS principle and everything was set. 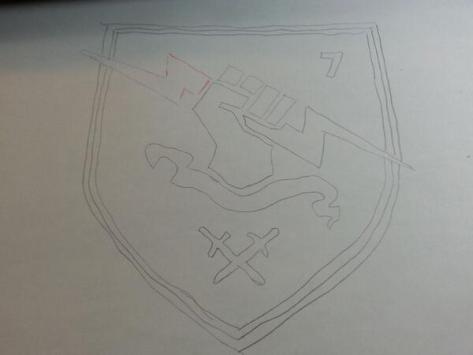 I found this piece of silk that was frayed, forlorn, and had basically given up on the idea that it could ever be turned into something amazing in the bottom of my fabric bin, but I saw its potential, even though it couldn’t.

Now I’ll be the first to tell you, I’m not 100% confident when it comes to embroidery. Cross-stitching is safe and comfortable, like a teddy bear. The squares and I…

But, there are a couple of stitches that I enjoy in the world of embroidery. (The chain stitch, especially.)  So, I decided to stick with those stitches for this project.  I knew this was going to be an easy craft — I penciled in maybe 4-5 hours of work. I certainly didn’t expect for it to go as quickly as it did. 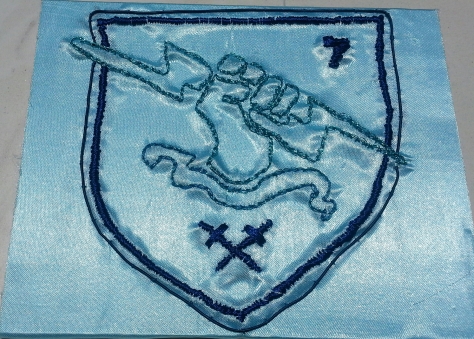 As I looked upon its awesomeness, it registered in my mind…I actually finished the project early. 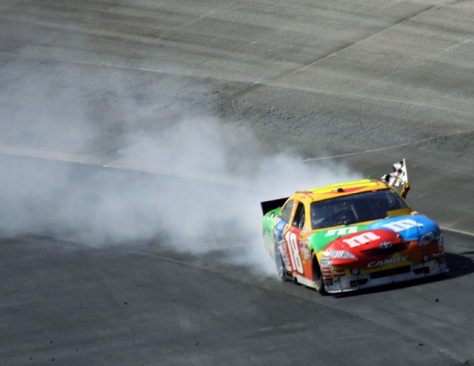 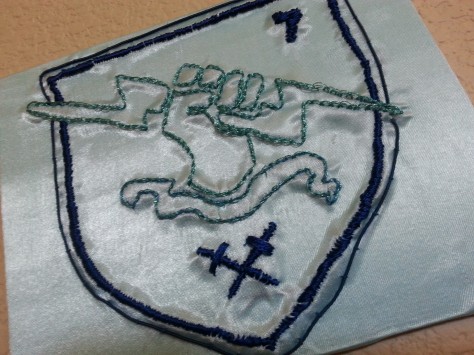 So, happy Bungie Day everyone! Bungie, thank you for making epic games and having some awesome people work within your ranks. Awesome Bungie community (yes, I’m looking at you), you all are so amazing and I am blessed to consider so many of you my friends. ❤ ❤ Enjoy the beta that’s coming out later this month, and become legend. 😀 😀

As for me, I’m off to craft some more. I’ll give you one clue what I’m working on. It rhymes with Stark twirled.

Find me on the internet

Saw it. Liked it. Had to cross-stitch it.